The Story. So Far.

Young British Designers is just coming to the end of our very first season: Autumn Winter 2010/11.

When we started out on this journey we knew we were taking a very big risk with our belief in, well, in young British designers. We didn't know if a gap did exist in the market or if there would be a desire globally for our homegrown talent. But we did believe in that talent. Unswervingly. We wanted to give it a dedicated world stage where designers could be showcased, sold and thereby grow their own brands to their full potential.

It has been so hard. So hard that my eyes feel ready to bleed as I write this. We have had casualties along the way with people falling out of the original team who founded the business. We have worked tirelessly and sunk every last penny we have into making this work.

One season in and we're exhausted, wrung out, battle weary and euphoric.

It seems that there is a real hunger, an ache for emerging British designers the world over. We have sold Alice Palmer to Australia, Charlotte Taylor to Hong Kong, Simeon Farrar to Belgium, Jena.Theo to Ohio, J.W.Anderson to Hungary, Fanny Shiavoni to Japan, Felicity Brown to Fulham...and so it goes on. Our designers and YBD are starting to appear in press and blogs worldwide and we are being increasingly called upon to dress celebrities major and minor, appear in features and give comment on emerging talent.

And the best bit? We were warned about working with young designers in the same tones people warn about working with animals and children: "Everything will be late", "If it arrives at all", "You can't be sure of the quality", "No one will want to buy lesser known/ unknown designers", "London fashion is not so great anymore compared to Paris, New York etc".

Tosh. All of it ('Tosh' used to please Jenny Dickinson from ELLE).

The items arrived, almost all, exactly on time. Where they didn't there were entirely understandable and well communicated reasons. The quality was superb in every single instance. The designers were an utter delight to work with all the way through from start to finish and thereafter.

And the thrill. Whenever we removed the packaging and shook a garment to life and freedom. The thrill of its beauty, its reality, its creation by someone who really, really cared. Not a machine, not a corporation, a real being with talent, passion and conviction in their very core. Often with aching, swollen fingertips where they had hand finished their creations. 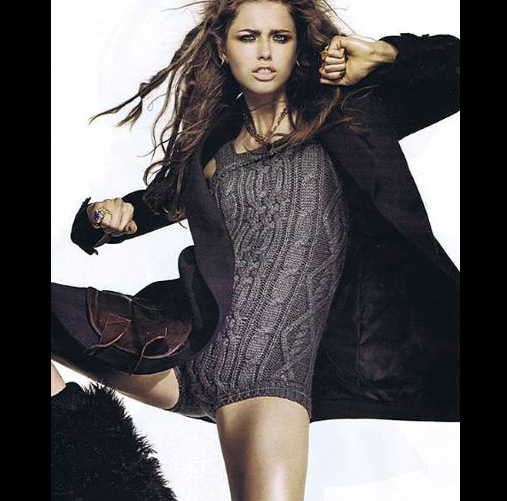 Hundreds of those talented individuals contact us week in, week out. Undergraduates, graduates, mature students, designers who've been plying their trade for a year or two already. Designers right for us now, designers we're talking to about tomorrow. Designers we have to say no to, but hopefully constructively. And every new look book is exciting. Every new name could be the next Viv, the next Stella, the genes capable of becoming the next McQueen.

And our customers. How wonderful are they? Loving discovering and wearing the new, the unique, the homegrown. Telling us how many "Where did you get that" comments an Orphans Arms sweater receives during an ordinary trip to the supermarket; saving up for a payday purchase of a Eudon Choi Pedaru Jacket. Coming back for more. Spreading the word on Twitter, on Facebook, with family and friends.

We have a long way to go. We are mere fledglings on the brink of our second season. But we are more than excited about London Fashion Week just around the corner. And we believe, more than ever, categorically, that young British designers are up there with the very best in the world.

Thanks to everyone for helping us tell their story. So far, so good.